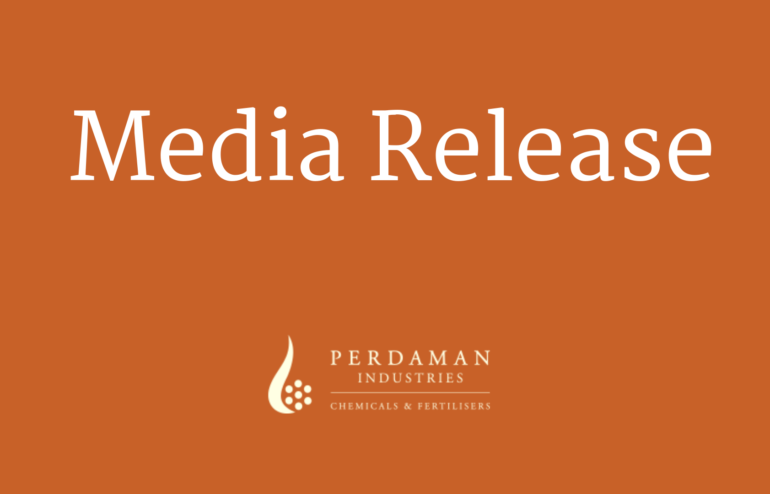 Today, Perdaman Chemicals and Fertilisers (Perdaman) can announce that its Karratha Urea Project has been granted Major Project Status by the Australian Government Department of Industry, Science and Technology.

The Honourable Karen Andrews MP said that the project offers an opportunity to grow and diversify the Australian economy and contribute to the economic development of north Western Australia.

Perdaman’s Chairman, Mr Vikas Rambal, said that it was another positive step forward for the Project.

“Achieving Major Project Status shows the level of support that both the State and Federal Government are willing to provide for the Perdaman Karratha Urea Project and supports the significance that this Project will have to both industry innovation and economic growth.”

The Major Project Status will assist Perdaman with obtaining expedited Federal Government assistance and approvals for the Project through the Major Project Facilitation Agency.

Key highlights of the Perdaman Urea Project are as follow:

The West Australian: Major boost for $4.5b Pilbara fertiliser plant